Thanks for your patience while we investigated the issue in Niantic Wayfarer that was resulting in a single attempted submission to result in duplicate submissions. We’re happy to let you know that the issue has been resolved. One successful submission is now only subtracting one nomination.
The issue also affected the number of available nomination slots by deducting an additional slot for each duplicate nomination. We are unable to manually reinstate the nomination slots for the affected players.
However, to make up for this issue, the nomination cap will be doubled for everyone: 7 -> 14 in Pokémon GO and 14 -> 28 for Ingress nominations for everyone from March 19 to March 30. We'll be holding a second, elevated nomination period, that is still pending scheduling.
Thanks for your patience while we resolved this issue. 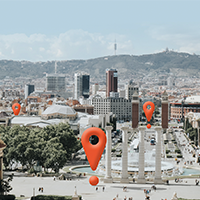 Niantic Wayfarer allows you to shape adventures for yourself and others by mapping interesting locations across the globe!

Niantic Wayfarer allows you to shape adventures for yourself and others by mapping interesting locations across the globe!

Draw a rectangle or a circle on a map and explore how the s2sphere.RegionCoverer covers it with S2 cells depending on the min and max levels and the maximum number of cells.